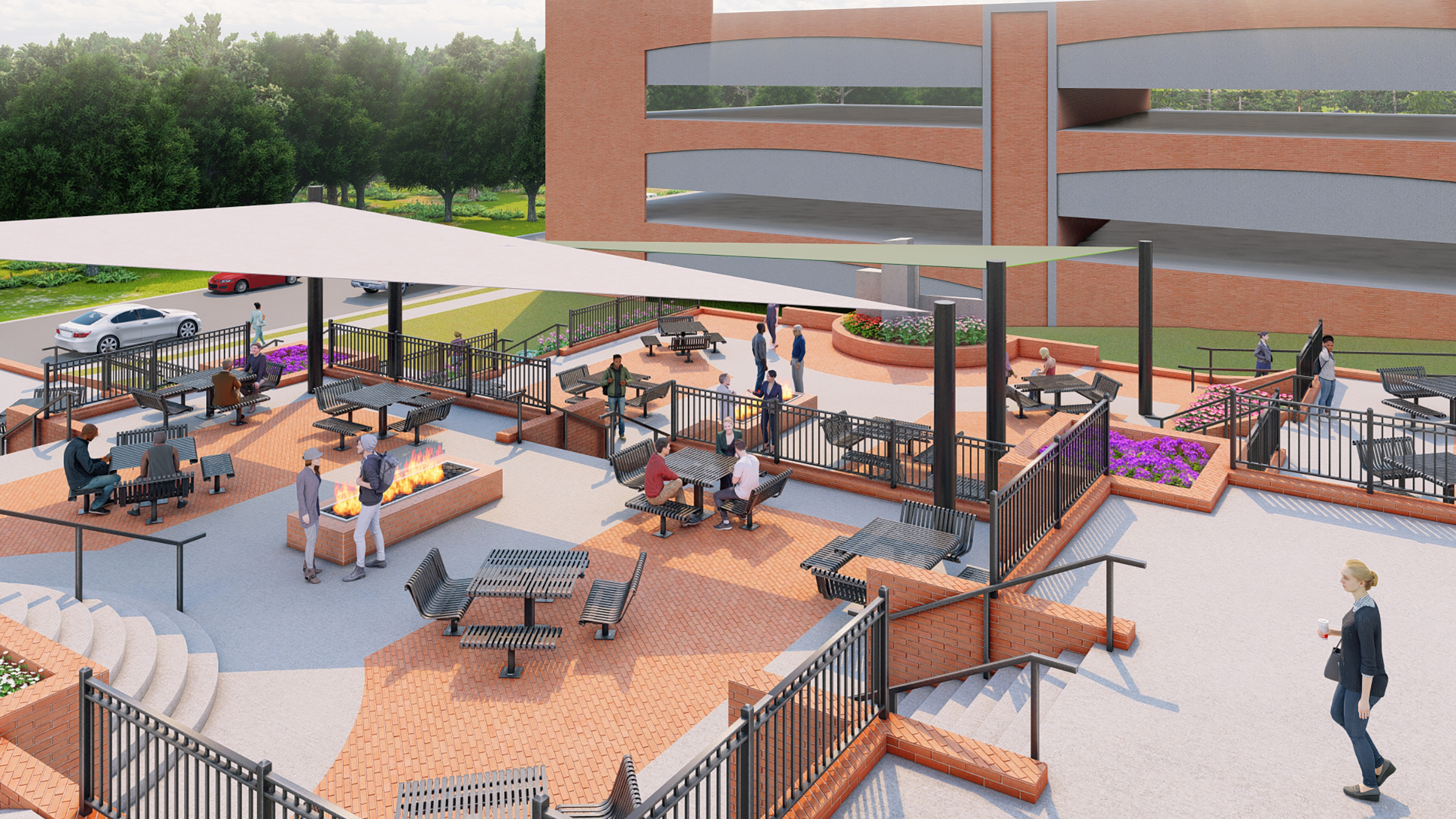 Construction of a passive park is underway in downtown Buford at the corner of East Moreno Street and South Harris Street next to the parking garage.

Charles Black Construction Company Inc. is working on the multi-level park constructed using brick in the same style as other city buildings. The park will have several picnic tables and seating options, as well as planters filled with flowers. “The venue can host acoustical music, musical artists on weekends or just relax on a warm summer’s day or any other time as we continue our work making Downtown Buford a destination point,” said Buford City Manager Bryan Kerlin.

The final selection of a few of the park’s features are still pending but should be determined soon.

FEATURED IMAGE: This rendering shows plans for a multi-level passive park now under construction next to the downtown parking garage in Buford. Rendering courtesy of city of Buford.