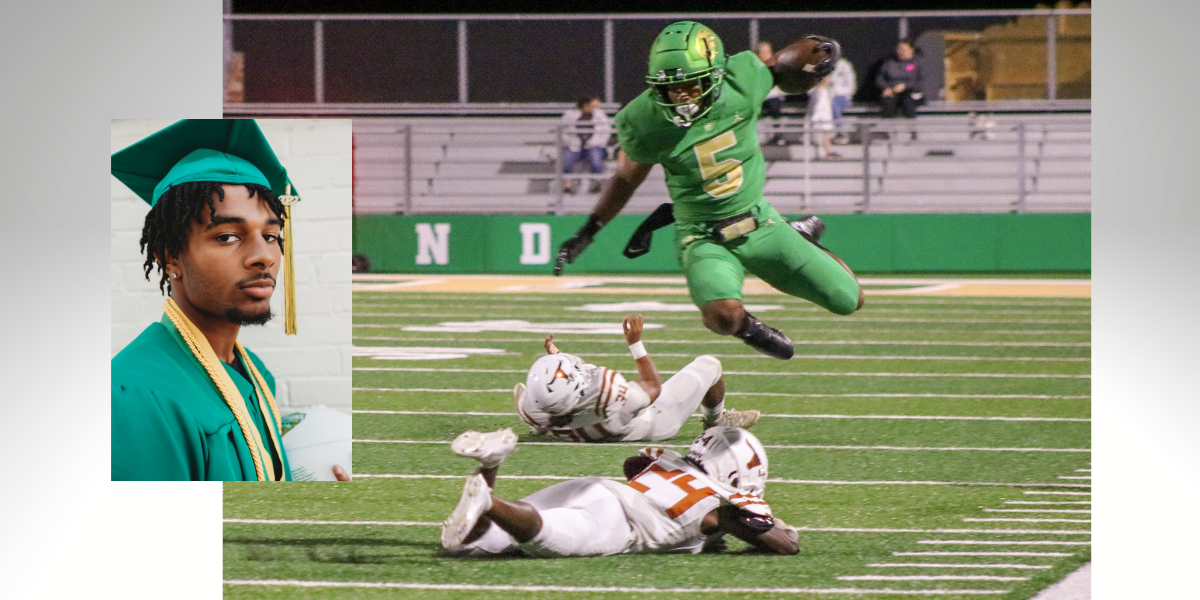 Buford High School Class of 2022 graduate CJ Clinkscales was recently voted Scorebook Live’s 2021-2022 Multi Sport Boys Athlete of the Year. He was also the fan’s choice as MVP of the Georgia High School playoffs and as the top defensive back in Georgia high school football.

Clinkscales won the multi sport boys athlete of the year in impressive fashion, garnering 46,843 votes which was well ahead of Pebblebrook’s Dwight Phillips Jr., who came in second place with 20,061 votes. Mountain View’s Armond Jones finished third with 16,327 votes.

Clinkscales was a running back and defensive back for the Buford Wolves football team, as well as a member of the boys track team competing in the long jump. He racked up 904 yards of offense and scored eight touchdowns in his senior season for the football team. While competing with the track team, he finished sixth at state in the long jump helping his team place sixth.

This fall, Clinkscales will take to the field as a member of Boston College’s football team.